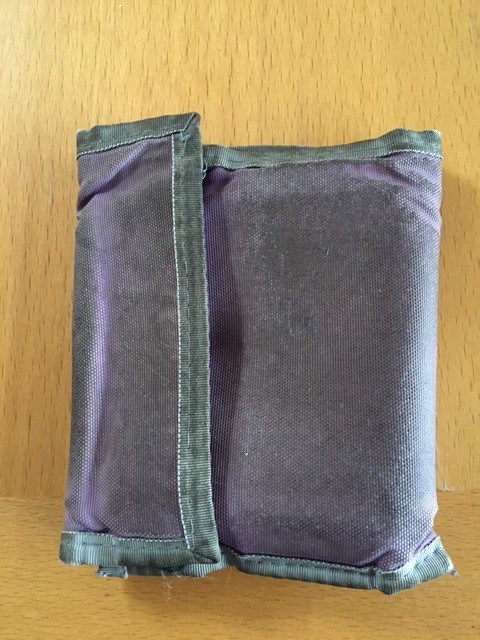 The wallet above is more than 20 years old. It has a history and I've had it for so long, I keep forgetting its history.

I bought the wallet on April 19, 1995 at Potomac Mills Mall in Virginia. Why do I remember the exact date? Because it was the day of the Oklahoma City bombing - but I did not know about the bombing until I was driving home from Potomac Mills.

My son and I went to that mall more often than I'd liked because, in it had the only IKEA within striking distance of Washington, D.C. and it had a Chico's outlet - as well as many other outlet stores. And that week was his Spring break - so we went shopping.

While walking throughout the mall [which is large,] I saw the occasional television set in store windows showing a bombing. I didn't think anything of it other than all of the TVs were showing the same movie. On the way home in the car we heard about the bombing and that's the first my son and I knew of it. [And that's why I remember the exact date I got the wallet.]

It's been part of my life through many moves, lots of mileage in cars, lots of ski trips and lots of . My son has gone from a teenager to a young adult in his late 30s. Latly, as part of my end of year cleaning, thinking of cleaning stuff up, etc., I took a good look at the now very dirty [almost Velcro-less] wallet and saw it was no longer a bright purple and decided I finally needed a new wallet. 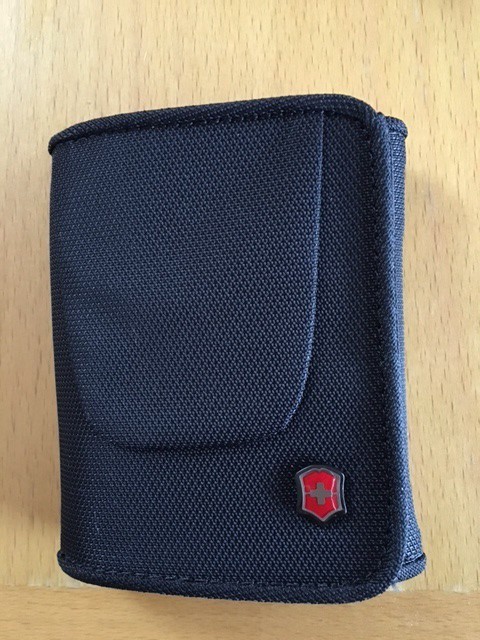 And here it is. A black wallet! My very first thought on opening the wallet was wow - I forgot how good Velcro can be when it is new. And I saw on the tag that it's made by the original Swiss Army Knife makers. I think it might outlive me and it will have its own history to tell at some point.

Keep On Keepin’ On With A Dog