Today in honor of Earth ay [and a rare sunny DRY day,] I walked to my nearest library branch.

In less than 2 hours, I got there and back, got some new books, took some photos, sat for a rest in the library, and stopped to shake grit out of my shoes.

Not a bad pace for an old lady! But then I love walking and do lots of it.

Health providers, including mine, say that one should take 10,000 steps a day to remain in good health! Duh? That would mean that I should walk to and from the library EVERY day! Or do the equivalent of this round trip.

Not gonna happen. Not on a regular basis. Besides does it add to my health to have breathed in whatever the cars and trucks speeding by were spewing out their exhausts? And what of the “stuff” kicked up by their tires that I not only had to remove from my shoes, but also got in my eyes, nose, throat – and assume is now in my lungs!

I’m not sure who comes up with the “you musts” for health…but this is one I shall say no thank you to. I’ll stick with my shorter cleaner walks along the levee and along my street – and the next time I am inclined to walk to the library – I’ll go by bicycle!

[the yearbook met a few flooded basements in it's 50 years]

Earlier this year a friend asked me if I would co-chair a law school reunion committee with her as it is our 20th!!  I had not been paying attention to the number of years that rolled by since law school – so I was surprised when she said it was 20!  But traveling to to D.C. in April for that weekend was not a possibility and so I declined.

The thought of the law school reunion lead me to think back to other dates and I had a major whoops moment when I discovered it will be 50 years this Spring that I graduated from college.

As I went to Queens College, a public college in New York City, and  do not remember getting anything from them at other memorable dates I wondered if 50 meant anything special…[we New Yorkers are sort of blasé about things like this and I have never gone to any reunion – college, graduate school or law school.]

Then I received a letter from Queens College and it seems I am invited to 2 50th anniversary events! Commencement, where we get to march in what I call the parade and homecoming weekend – an event that never happened when I went there.

The map of the campus was strange.  Gone are the Quonset Hut classroom buildings and the old buildings with Spanish-tiled roofs.  In their places are what seem to be modern facilities – with names – with many called "hall."  When I was there – most buildings were labeled with letters: A,B, C, etc.  We did not have a dining "hall" we had the caf and the little caf.

It would be fun to return just to see what it looks like…I have not been on that campus since about the mid-1960's.

I've never been to an alumni reunion but a 50th seems "special." The events are in June and October so I have time to think about this.

Comments? Do you go to alumni reunions? In Vermont you get a lot of snow – really a lot of snow!  But schools rarely close unless it's very bad – or unexpected – or both!

For years prior to Vermont, my son and I played April Fool tricks on each other – usually along the line of trying to get the other to look at some imaginary object or some event that was not happening.

On April 1 of his year in VT there was a 2-foot snow storm and school was canceled.  I knew he would not be happy if he got up and took a shower only to find out he could have slept in – so I woke him around 5:30 AM to tell him there was no school due to a snow storm.

His reply was along the lines of "ha ha I know it's April Fool and I am not falling for that."  I suggested he look out the window but as that had been our usual "fool" he refused.  He got up and was heading for a shower and I tried most seriously to again tell him there was no school.

I forget how I managed to convince him to look out a window – but he finally did.

It was such a funny experience I recall it most every April 1 – and especially on days like today when my friends in New England tell me they got hit with another April Fool snow storm!

P.S. The story is true and neither my son nor I live in New England anymore….

What's your favorite April Fool memory? Let us know below in the comments…thanks

That’s what friends are for! 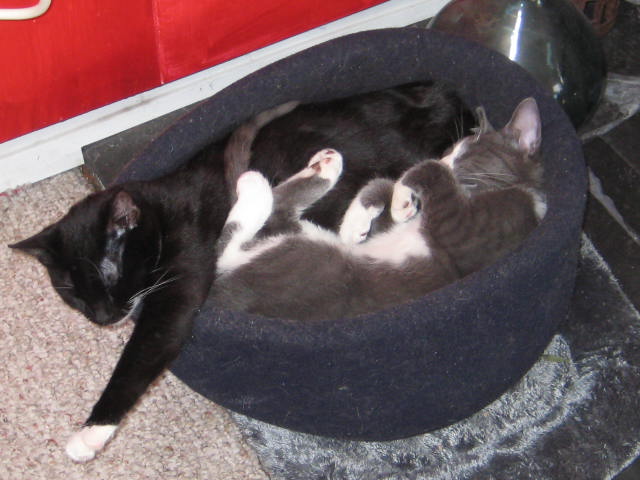 The bed these two are in is a one cat bed…and they both easily fit into it when they were  were adopted at 2 and 3 months of age. 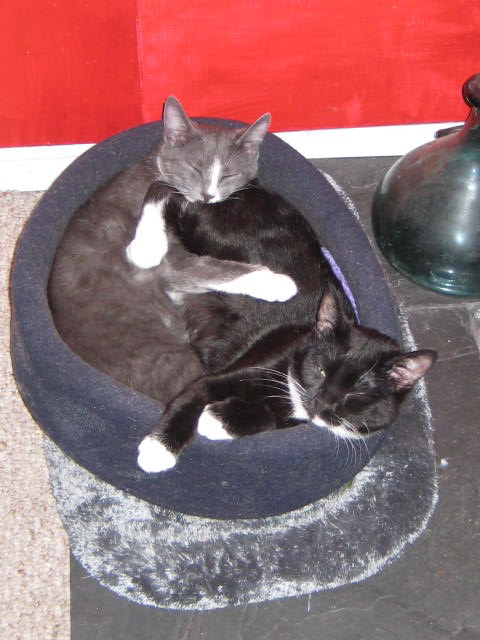 But now they are 5 and 6 months old and like people, they have grown but the bed has not….

Yet when the wind is howling and the house is moving – they both hop into it.

Depression and Pets [a cure?] 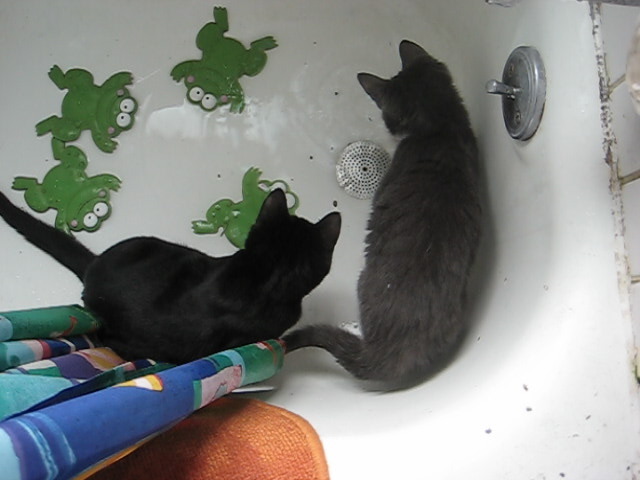 Some of you know that I lost both of my pets last Fall – one died of old age and the other tragically.  I was a mess and I was depressed….for a long time…

and yup that was the correct thing to do.

The female kitten [Sassy black ]was about 3 1/2 months and the male [Smokie gray] about 2 1/2 months when I adopted them in late December.

After getting over being sick and then getting adjusted to a  new place they have taken over my house!

Including the bath tub

And I am not depressed!!