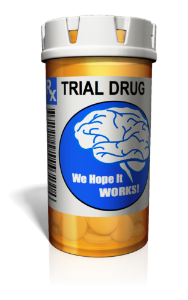 Do we rely too much on drugs and not on prevention?

According to some recent researchers:

Between 2002 and 2012, they found 99.6% of trials of drugs aimed at preventing, curing or improving the symptoms of Alzheimer's had failed or been discontinued.

This compares with a failure rate of 81% for cancer drugs.

The failure rate was "especially troubling" given the rising numbers of people with dementia, said Dr Simon Ridley, of Alzheimer's Research UK.

"The authors of the study highlight a worrying decline in the number of clinical trials for Alzheimer's treatments in more recent years," he said.

"There is a danger that the high failure rates of trials in the past will discourage pharmaceutical companies from investing in dementia research.

"The only way we will successfully defeat dementia is to continue with high quality, innovative research, improve links with industry and increase investment in clinical trials."

Frankly, maybe instead of looking for drugs, research ought to look at other ways of staving off the effects of Alzeiheimers. There has been research on tests for Alzeiheimers and there is also newer research on alternative ways to prevent the disease.

I don't want to go on my big pharma rant here, but maybe looking for alternatives to drugs might just be the best thing?

Not just for this, but for many diseases, prevention may be better than drug treatment - especially when over 99% of the trial fail??

Your thoughts? Comments?
Thank you